Houses vs. Units – which has the higher rental yield?

Houses vs. Units – which has the higher rental yield?

Confidence has returned to the property market in a big way, according to new forecasts from Domain.

Domain has forecast house and unit prices to increase in both 2020 and 2021. These forecasts cover Australia as a whole and also the seven biggest capital cities (with Darwin being excluded). 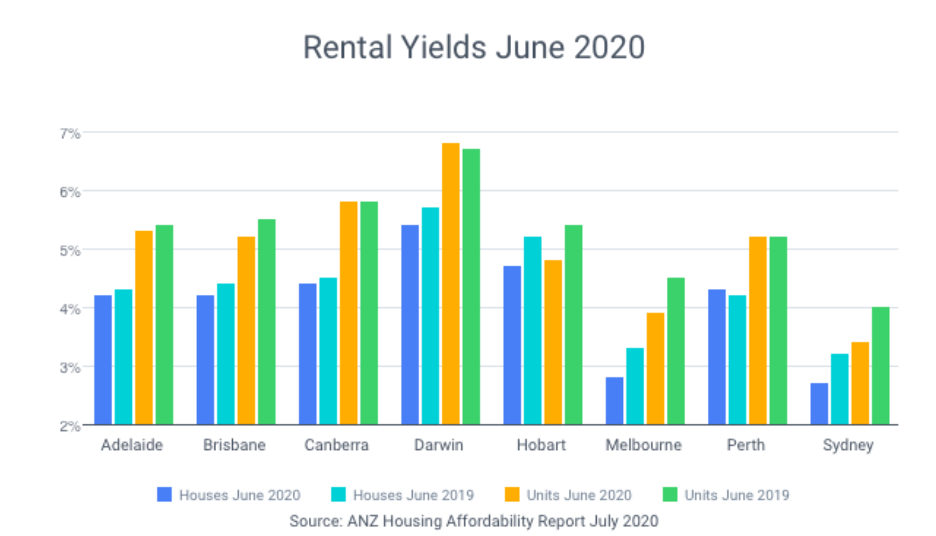 Units are delivering a higher rental yield than houses, according to the latest ANZ Housing Affordability Report.

However, the figures differed significantly among Australia’s eight capital cities, with Sydney delivering the lowest yields and Darwin the highest.

For houses, Perth was the only city that experienced an increase in yields between 2019 and 2020, while Sydney and Melbourne experienced the biggest decrease.

For units, Darwin was the only city to increase its yields, while Sydney, Melbourne and Hobart had identical drops of 0.60 percentage point.