“Property has shown its resilience through economic shocks before”

“Property has shown its resilience through economic shocks before”

If the past is any guide, the future looks promising for property, according to new research from a not-for-profit organisation.

Property Investment Professionals of Australia (PIPA) research found that, within five years of each of Australia’s last four downturns, median house prices in the capitals were always higher than at the start of the downturn. 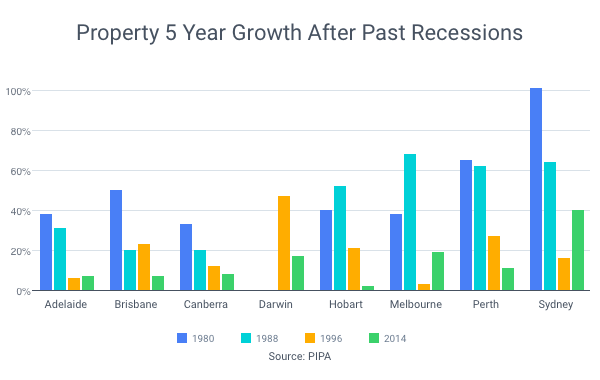 “Some locations performed better than others, most likely due to local economic factors after each period,” according to PIPA chairman Peter Koulizos.

“However, the research shows that talk of impending property ‘doom’ has never happened in recent history – and these recessions or downturns lasted multiple years rather than a few months.”

Mr Koulizos said that, in 2011, every capital city recorded a fall in prices, after the GFC stimulus money ran out – but that they were all growing again within either one or two years.

“The moral of the story is don’t panic. Property has shown its resilience through economic shocks before and we have no reason to expect it won’t do so again.”

Let’s chat. Hit the button below to arrange a conversation with one of my loan specialists to find a deal that’s best for your situation.