There has been a massive increase in home loan borrowing over the past year, according to the latest data from the Australian Bureau of Statistics. 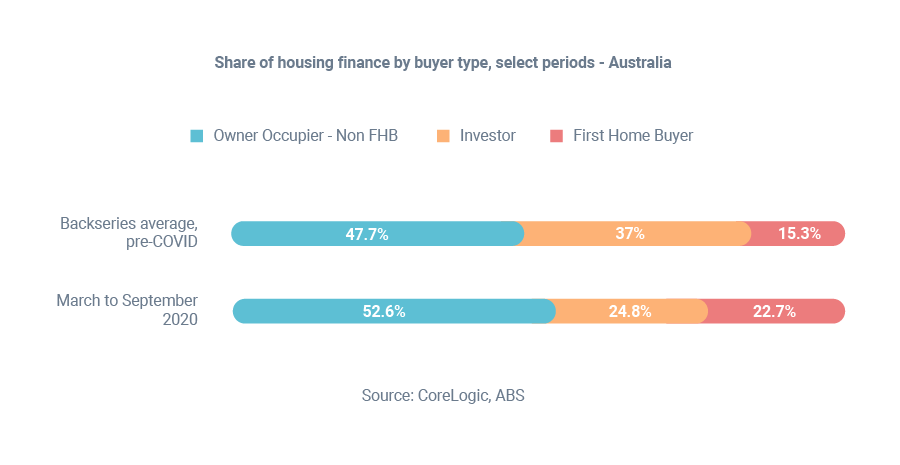 Australians took out $22.5 billion of mortgages in September – a 25.5% jump on the year before. That included increases of:

There was also a massive increase in first home buyer activity among owner-occupiers.

First home buyers took out 13,569 loans in September. That was not only up 45.5% on the year before, but was also the highest figure in 11 years.

The surge in borrowing comes as no surprise – interest rates are at record-low levels. And with governments around Australia providing assistance for first home buyers, it’s no surprise to see so many younger buyers entering the market.

Want to get into the market?

I can help. Hit the button below to arrange a conversation with one of my loan specialists to find a deal that’s best for your situation.