Property prices growing at varying rates across the country

Property prices growing at varying rates across the country

Australia’s property market enjoyed extraordinary growth during 2021, but a city-by-city breakdown shows that different markets are at different stages of their cycle. 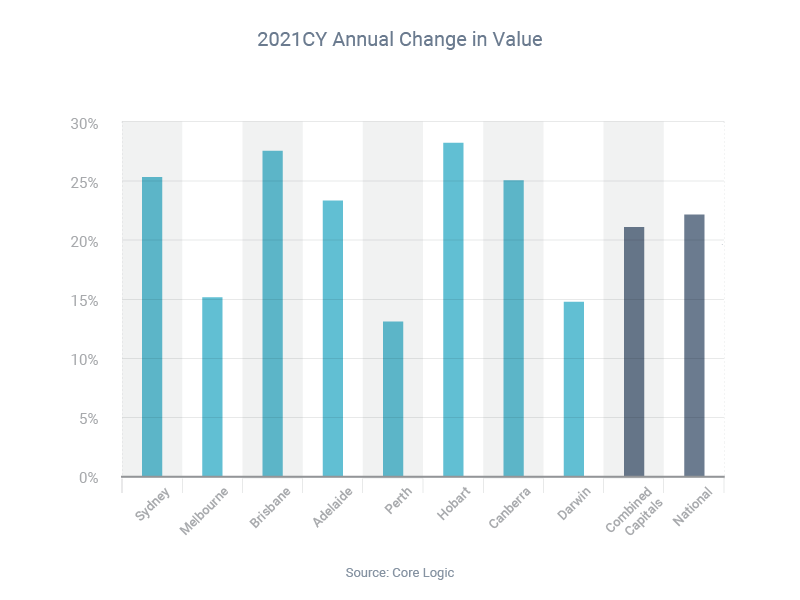 Looking at a basket of all Australian homes, the median price increased 22.1% last year, according to CoreLogic. Looking just at the capital cities:

Brisbane (2.9% growth in December) and Adelaide (2.6% in December) are the exceptions to the rule, with both cities enjoying their strongest growth at the end of last year.

So the data suggests that two of Australia’s capital cities are in strong growth mode, while the others are experiencing milder growth.